Multus Biotechnology Ltd has closed a funding round worth £7.9m (€8.91m) led by Mandi Ventures alongside participating investors such as SOSV, Big Idea Ventures, SynBioVen, and Asahi Kasei.

In addition, the UK-based start-up has received an equity-free grant of £2.15m (€2.42m) from Innovate UK through the EIC Accelerator.

The funding will allow Multus to build a ‘world-first’ production plant in London for food-safe growth media with the aim of accelerating the commercial-scale up of the cultivated meat industry, explained co-founder and CEO Cai Linton.

A ‘unique’ approach to growth media​

Unlike the vast majority of players in the cultivated meat industry, Multus is not manufacturing end-products such as cell-based burgers or steaks. Instead, the start-up is focused on the ‘key ingredients’ responsible for the ‘affordable scale-up’ of cellular agriculture: growth media.

“Growth media kept coming up again and again as the element really driving the cost of production to heights that were unsustainable for any kind of scale-up, and then to commercialisation So we decided that this was the challenge we wanted to tackle​,” ​Linton told FoodNavigator in an interview last year.

Multus’ solution is a foetal bovine serum (FBS) substitute. Its first product, Proliferum M, is completely serum-free. The solution has performed well with various cell types from mammals, birds and seafood through customer trials, including cells used for leather and dairy.

The newly raised funding will allow Multus to build what it claims is the first production plant to develop affordable, food-safe growth media at commercial scale for industry. The site is expected to open its doors by the end of 2023.

“The funding will also be used to build out our commercial and production teams.”​

The greatest technological challenge the company faces in this next stage of development lies in how it reinvents growth media production using food-manufacturing principles, the CEO revealed, “and how we extract the unique functional properties of our novel ingredients through intelligent formulation design”. ​

Aside from opening its production facility later this year, the company has laid out a number of milestones it aims to hit before its next funding round.

“Proliferum M will see improvements too, using Multus’ new plant-derived ingredients to reduce costs as well as species-specific formulations aimed at supporting scale-up from benchtop to pilot and commercial production.”​

Growth media: why outsource instead of developing in-house? ​

Many companies develop their own growth media in-house. This strategy offers complete control over production, and if their growth media increases optimisation of the production process, it can offer a competitive advantage in the growing cellular agriculture space.

What incentive is there, therefore, to switch up this strategy and buy-in growth media from a third-party supplier such as Multus?

According to Linton, developing growth media internally is complex, expensive, and time-consuming. “We are already seeing a trend across the industry of companies leveraging partnerships with specialist solution providers to reduce the cost and timeline of delivery, for example by getting access to Multus’ novel ingredients and high-throughput screening capabilities without having to invest in their own growth media R&D and leveraging our food-safe production capabilities.”​

Given the state of the current economic climate, the CEO suggested pressure points are shifting slightly with greater focus on the end-consumer. “Particularly in the current macroeconomic environment, cultivated meat companies transitioning to commercial production with several products in development are under increasing pressure to differentiate their product offerings and allocate their resource son consumer requirements such as taste and texture.”​

Multus believes outsourcing growth media will reduce their time to market and increase differentiation by focusing on what makes their ‘beer taste better’.

Even companies with formulations developed in-house will benefit from outsourcing their growth media production, we were told, to access economies of scale in their supply chain and achieve consistent and reliable supply.

Indeed, this model is comparable to what can be observed in the animal genetics industry. Fish farmers, for example, outsource breeding programmes to achieve better quality, higher yielding, and more profitable farmed fish.

In traditional livestock farming, too, feed is outsourced to specialised feed manufacturers who design feed that maximises health and growth of livestock and offer cost-effective bulk purchasing options, explained the CEO. 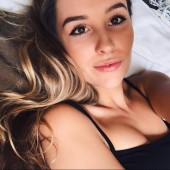 Hogwarts Legacy delayed on Switch, PS4 and Xbox One | News-in-Brief