Wells Fargo executives have decided to distance the company from one higher-up who acted a plum fool during an Air India flight.

Shankar Mishra Is Accused Of Giving A Passenger A ‘Golden Shower’

Back in November, Shankar Mishra—the vice president of Wells Fargo’s India Chapter—reportedly took antics a bit too far during his flight. The Mumbai resident is specifically accused of urinating on a fellow airline passenger, who is described as being in her 70’s, while intoxicated.

According to Business Today, the incident resulted in Shankar being banned from flying Air India for merely 30 days. However, a spokesperson for the airline noted, “If found guilty, action will be taken against the unruly passenger as per regulatory guidelines.”

In spite of this, many weren’t pleased and proceeded to blast Shankar and Air India online. People also were confused about why Shankar hasn’t been arrested, though a case has recently been opened on the matter, according to reports.

He is Shankar Mishra, Vice President at @WellsFargo who urinated on a senior citizen on AI flight. pic.twitter.com/2s6gVzDmjK

In response to the public outrage, Shankar’s legal team came out and provided messages to try and show that the woman in question agreed to not report the incident in exchange for 15,000 rupees, though she returned the funds. The lawyers also argued that the woman “condoned” to being urinated on, the Press Trust of India reports.

Notably, attorney Ishani Sharma went as far as to say that the elderly woman returning the pay-off was “an afterthought.” Additionally, she shared that no eyewitnesses can corroborate the story.

“There is no eyewitness to the incident & the money was returned as an afterthought”, says Ishani Sharma (Shankar Mishra’s lawyer) after being confronted by TIMES NOW’s @aakaaanksha.

Wells Fargo Steps In With A Statement

With all the madness surrounding the case, it looks like Wells Fargo decided to cut its losses and let Shankar go, according to a brief statement that circulated on social media.

“Wells Fargo & Company (NYSE: WFC) is issuing this statement regarding a November 2022 incident aboard a New York-Delhi Air India flight: Wells Fargo holds employees to the highest standards of professional and personal behavior and we find these allegations deeply disturbing. This individual has been terminated from Wells Fargo. We are cooperating with law enforcement and ask that any additional inquiries be directed to them.”

What do you think about the overall situation? 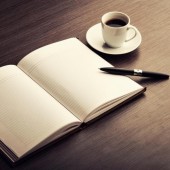 What Are The Best CrowdTangle Alternatives?