For reasons we don’t entirely understand, the Squier Hello Kitty Stratocaster has become something of a cult favorite electric guitar – so much so, in fact, that the price for this humble, one-pickup creation has more than doubled since 2019.

Why? Well, the internet works in mysterious ways, and thanks to YouTuber TheDooo – who plays the guitar for his six-million subscribers in his videos – the Hello Kitty Stratocaster is now something of a collector’s item, commanding a price tag of, in some cases, more than $700.

In comparison, a far more logical and infinitely easier-to-understand factoid of the guitar world is that Eric Johnson’s Cliffs of Dover is one of the greatest instrumental tracks to ever be put to record.

Another intrepid social media guitarist has now brought both worlds clashing together in spectacular fashion by performing the 1990 instrumental masterclass via the fretboard of a Hello Kitty Strat. There is, however, a twist: they’re doing it in a ton of different scales.

Self-professed die-hard Johnson fan who goes by the handle “GuitrMagic” on Instagram is the individual undertaking the mammoth effort, and has so far conquered the Mixolydian, Ionian, Phrygian Dominant, Lydian, Locrian and Melodic Minor scales.

We can’t even begin to imagine the effort and sheer patience that went into such a project, but luckily we don’t have to: we get to just sit back, relax and appreciate GuitrMagic’s technical know-how, theoretical nous and excellent chops.

It’s certainly Cliffs of Dover like you’ve never heard it before, with each iteration bringing to the table a splash of sharp 4 spice, flat 7 flavor and much more throughout each video. Admittedly, titles such as Cliffs of Phrygian Dominant and Cliffs of Locrian don’t quite have the same ring to them, but that’s not to say the sonic outcomes aren’t something special.

Highlights include the even-bluesier Cliffs of Mixolydian – which finishes with a twangy flourish – and the Cliffs of Melodic Minor, which flips Johnson’s original cut completely on its head.

A common theme throughout, though, is GuitrMagic’s liquid ability to navigate the fretboard. Never before has a Hello Kitty guitar – an entry-level instrument created for a very specific target market – seemed quite so formidable in its ability to accommodate pro-level shredding and deliver knockout tones to match. Perhaps $700 is a steal after all…

To hear each version of Cliffs of Dover, head over to GuitrMagic’s Instagram page (opens in new tab). 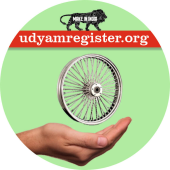