The World Boxing Council has announced that they are creating separate categories for transgender fighters. The goal is to ensure the safety of those individuals looking to compete under their jurisdiction.

The announcement was made on Thursday (Dec. 29) by WBC President Mauricio Sulaiman via an interview with The Telegraph. “We will not allow — ever — a transgender born a man to fight a woman, who was born a woman,” the 53-year-old said.

The plan is to organize transgender fighters based on an “at birth” rule, meaning that a trans female fighter born a man will only be allowed to box against other trans fighters that were born as men. The same rule will apply to trans male fighters born as women.

“It is the time to do this, and we are doing this because of safety and inclusion,” Sulaiman added. It is a progressive decision for one of the sport’s four major organizations. There should be no grey area around this, and we want to go into it with transparency and the correct decisions.”

He also stated the WBC will put out a “global call” in 2023 for all who are interested in participating within these categories, as, at the time of the interview, he was not certain how many trans fighters would prefer this delineation.

The timing of this decision is salient, following controversies in other sports such as record-breaking swimmer Lia Thomas who was cited as having an “unfair advantage” competing amongst other women when she was born male. Caitlyn Jenner, a transgender activist, called Thomas’ active participation in the women’s division “one of the worst things to happen to the trans community.” 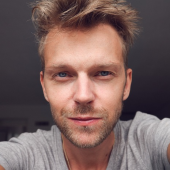 Janelle Monáe On Identifying As Non-Binary: “It’s About Honoring Your Truth”