Jan. 4, 2023 – You spend countless hours together in the locker room and on the field, bickering and arguing – only to make up the way siblings do. You give back to the community and give everything to a game you all love deeply. Losing your teammate or player to a potentially career-ending – or fatal – injury can weigh heavy.

Some athletes liken the feeling to losing a battle mate. Or an extended family member.

Buffalo Bills safety Damar Hamlin is still in critical condition after Monday’s game against the Cincinnati Bengals. Hamlin tackled a Bengals receiver, stood up, and fell backward to the ground right away due to sudden cardiac arrest.

Many say they think Hamlin had commotio cordis, where a blow to the chest causes your heart to stop beating.

Players from both sides of the stadium stared in disbelief, buried their hands in their faces, and fell to the ground as medical staff rushed to the field and tried to revive Hamlin’s heartbeat. He received breathing assistance via CPR and an AED machine – or a defibrillator – for around 10 minutes before being taken to University of Cincinnati Medical Center. He is still sedated.

Empathy – toward both your teammate and their family – is perhaps one of the strongest emotions an event like this can evoke in an injured player’s fellow teammates, especially  especially since they understand exactly what it takes to get to compete at such a high level. National Hockey League hall of famer and two-time Olympic gold medalist Chris Pronger knows this all too well.

In a 1998 playoff game in Detroit, Pronger, a former captain for the St. Louis Blues, was struck in the heart with a hockey puck and had cardiac arrest due to commotio cordis. The puck hit him in between heartbeats, so his heart registered that it “skipped a beat,” he says.

“It’s crazy to think that that’s how much oxygen is pushed throughout your body in one heartbeat,” Pronger recalls in an exclusive interview with WebMD. “The lack of oxygen caused me to pass out.”

Luckily, Pronger didn’t require CPR and had the chance to continue playing after having tests to ensure that his heart was strong enough to get bank in the rink. But he still vividly remembers how much his injury affected those around him.

“You can kind of see [in the video clip of the accident] I’m a little out of it and kind of stumble a bit and then fall to the ground. The next thing I know, I woke up and I’m staring up, looking at the rafters, looking at the retired players’ jersey numbers and the banners. I glance over, and I can see there’s players crying on the bench.”

Such instances can be very hard for teammates to process, and many don’t know how to react, which is why it was a good idea for the NFL to postpone the game after Hamlin’s first-quarter hit, Pronger says.

“Some people don’t really know how to comprehend what they just saw and what just transpired right in front of them to their eyes,” he says. “You know, you see players break an arm or a leg, or you might see a guy get concussed and knocked out, but there’s never a doubt that they’re going to live.”

Questions about the best way to move forward from an injury like this can be a tricky, especially since commotio cordis is so rare, Pronger says.

“I think that there’ll be a lot of scars all the way across – the people in the game, coaching staff, medical staff, and the fans, especially not knowing how he’s doing and how this is going to play out,” he says.

In hopes that Hamlin recovers successfully, Pronger offers some words to the Bills safety.

“Quality of life is first and foremost,” he says. “Playing your sport and being an active participant is secondary.”

“We want to make sure that the players that were on the field at that time get the right mental health support, as well as any of the other players in the NFL might certainly seek counseling – this is their profession,” she says.

People can respond to such life-altering events differently – so while one person may need to seek professional help, others might simply need a listening ear or a shoulder to lean on. It’s also critical for the NFL medical staff to seek emotional assistance if needed, given that this type of injury is rare in this sport, she says.

“They’re going to struggle with it too, right? We [doctors] are all trained in a hospital to take care of patients, and when something happens, you know that they were already sick. But this was a guy who was just playing football – and healthy, right? It’s very different for the medical staff that were on the field,” Mehta says. 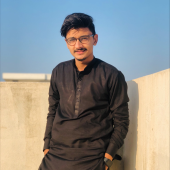