Sony Music Holdings will have to pay $160 million in damages after two concert attendees died via gunshot at a Cousin Stizz show in Atlanta in 2017. The decision was reached on Dec. 15.

AllHipHop reported that Sony was found partially at fault for the deaths, as they did not offer sufficient protection for the concertgoers. The $160 million also covers two other merged cases that Sony was sued for with similar circumstances.

The attendees, Giovan Diaz and Ewell Ynoa, passed away in Nov. 2017 after being shot by a fellow attendee, Jonathan Bautista, who was reportedly upset that the two climbed on stage during the performance at Masquerade. Bautista reportedly shot two other attendees, but their injuries were not fatal. The shooter was not immediately arrested, but later found and taken in by police.

Cousin Stizz offered his own words of condolences shortly after the shooting. “Completely heartbroken. Before I hit the stage in Atlanta tonight, there was a shooting in the crowd, two people died and two others were injured,” the “Perfect” rapper wrote. “I’m in shock and at a loss of words for the senseless violence.”

The lawsuit was filed by the Beasley Allen Law Firm in June 2018. “Obviously, these types of cases do not come around often. This was a mass shooting in a crowded concert,” Beasley Allen said in a statement about the case’s verdict. “There were multiple deaths, and Gio and Wells suffered significantly before losing their fight for life, as eyewitnesses outlined. The trial was incredibly emotional because of what these families, and the world, lost.”

It was an especially heartbreaking loss, as one of the victims was reportedly preparing to have a child. “One of these men had been told he would be a father just a few hours before the shooting happened,” Allen wrote. “Combine that with the fact the concert endangered everyone, and this Defendant refused to participate in the legal process, and you get the type of verdict we saw here.”

The $160 million will be offered as compensation to the families of the deceased. 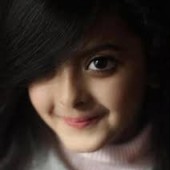 PSA: Here are all the January 2023 free item codes for Pokémon Scarlet & Violet