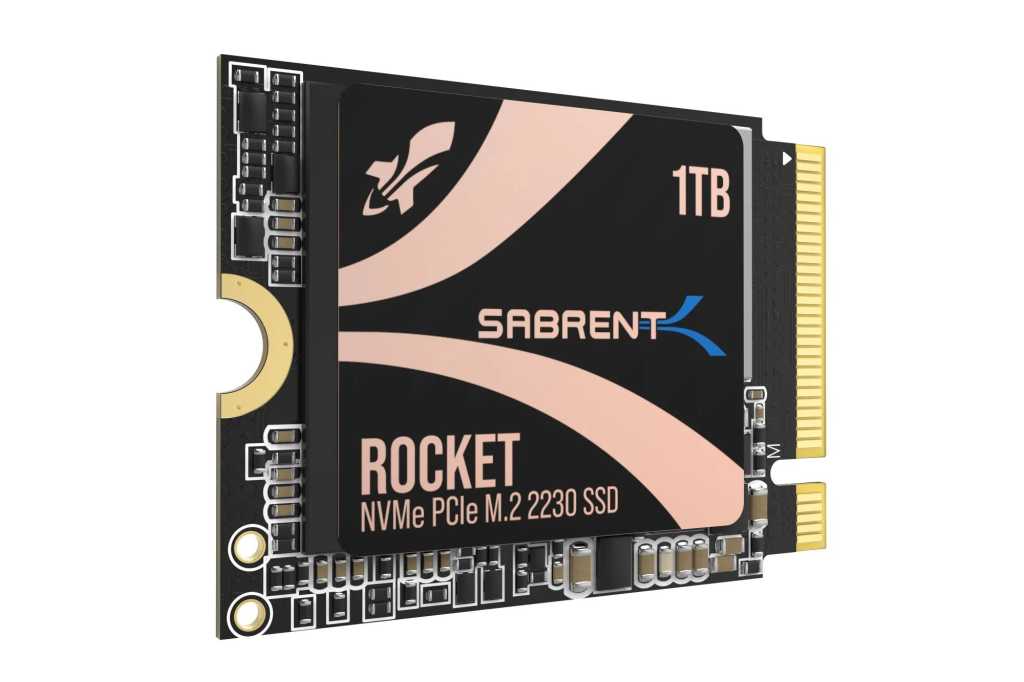 Sabrent’s Rocket 2230 is perfect for upgrading devices and laptops where a longer 2280 won’t fit, such as Valve’s Steam Deck. Everyday performance is roughly on par for a DRAM-less design, and we even like the color.

The common 2280 (22mm wide, 80mm long) NVMe SSD is great for most things, but there are some devices such as the red-hot Steam Deck that don’t have the room for this form factor. Hence you need an option such as Sabrent’s Rocket 2230—a shorty SSD that’s only 30mm long. The Rocket 2230 is a good performer for a HMB (Host Memory Buffer/DRAM-less) design and a good choice for such devices.

Note: This review is part of our ongoing roundup of the best SSDs. Go there to learn more about competing products, what to look for in an SSD, and buying recommendations.

The Sabrent Rocket 2230’s size has already been discussed, so let’s talk internals: a Phison e21 controller and 176-layer B47R Micron TLC NAND. As mentioned, the Rocket 2230 is an HMB design, meaning it uses some of your system DRAM for primary caching duties.

HMB can’t match the peak performance of a design that includes onboard DRAM, but it’s pretty darn fast and a lot cheaper. Ditching the DRAM also makes it far simpler to implement an SSD in a shorter form factor. You can of course use a 2230 SSD in any M.2 slot, which might allow for better cooling and more room for other stuff. Just saying.

Sabrent (or Phison’s controller if you prefer) uses portions of the NAND as secondary cache by writing only a single bit (writing as SLC) to it, transferring it later written as TLC when time allows. This is standard to all modern SSDs and is one reason to overbuy on capacity. The less free NAND is available, the less can be used as cache.

As for that capacity, the Sabrent Rocket 2230 is available in $50/256GB, $90/512GB, and $150/1TB capacities. That’s a bit on the high side for the latter capacity, but you’re paying to some degree for the smaller size. Same thing as with kitchen appliances—smaller costs more. Go figure.

I’d feel remiss if I didn’t give props to Sabrent for my favorite packaging touch: a copper-colored case. This is actually wrapped inside a retail box, but it makes me smile when I see it. It can be re-deployed as a pill or parts case once you’ve removed the drive. It makes you glad you spent a bit more.

The Rocket 2230 is warrantied for five years and 600TBW (terabytes that may be written) per 1TB of capacity. About average for the genre.

I actually tested both the 1TB and 512GB versions of the 2230. Performance was nearly identical with the exception of the 512GB version running out of cache during the 450GB write and slowing to around 100MBps writing. This was not an issue with the 1TB drive as you’ll see in the third chart below.

Keep in mind that the other two drives (Crucial P3 Plus and Teamgroup MP44L) in these charts had 2TB of capacity, which allowed them to dedicate more cache to larger transfers without undue computational overhead—i.e., determining if they would run out.

The 1TB capacity of the Rocket 2230 had no issues during the 450GB write, but the 512GB version slowed to a piddling 100MBps at around the halfway mark thanks to its lack of secondary cache. That’s normal and one reason to overbuy in terms of capacity with any SSD.

Given that the Rocket 2230 I tested had 1TB less of NAND to play with than the comparison drives, the above numbers are very good. Lower tier, but hey, it’s NVMe—it’s still very fast.

Each test is performed on a newly formatted and TRIM’d drive so the results are optimal. Over time, as a drive fills up, performance will decrease due to less NAND for caching and other factors.

The performance numbers shown apply only to the drive we were shipped and of the capacity tested. SSD performance can vary by capacity due to more or fewer chips to shotgun reads/writes across and the amount of NAND available for secondary caching. Vendors also occasionally swap components, though Sabrent has never been among those that we’re aware of.

Should you buy the Sabrent Rocket 2230 SSD?

The Rocket 2230 is a good, if not spectacular performer for an HMB drive. It’s also attractive and sports a decently long warranty. I have zero reason not to recommend it as an upgrade in devices that don’t support 80mm M.2 drives. This would be a stellar SSD to slap into your Steam Deck. But if your computer does support longer standard SSDs, you can get the same capacity and performance for less cash. 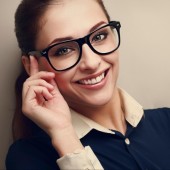 How to Pair AirPods to Dell Laptop