We tested the new process by connecting to a VPN server in Louisiana and then navigating to the Pornhub.com homepage, making it appear that the computer was located in Louisiana.

Law author: “This is not your daddy’s Playboy”

“Online pornography is extreme and graphic and only one click away from our children,” the law’s Republican author, Rep. Laurie Schlegel, wrote. “This is not your daddy’s Playboy. And if pornography companies refuse to be responsible, then we must hold them accountable. This law is a first step.”

“Any commercial entity that knowingly and intentionally publishes or distributes material harmful to minors on the Internet from a website that contains a substantial portion of such material shall be held liable if the entity fails to perform reasonable age verification methods to verify the age of individuals attempting to access the material,” the law says.

Sites can comply by reviewing users’ digital identification cards or by using a commercial age verification system that relies on either government-issued identification or “public or private transactional data to verify the age of the person.” The law further specifies that the websites and third parties that perform age verification “shall not retain any identifying information of the individual after access has been granted to the material.”

Companies that violate the law can be sued by individuals “for damages resulting from a minor’s accessing the material.” The law includes language to prevent news organizations and Internet service providers from being held liable. 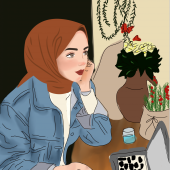 3 things every company can (and should) do to integrate NFTs