Netflix has announced its documentary talent fund will return for a second year.

The streaming giant will give five successful filmmakers £30,000 each and the chance to make a short documentary film with the help of Netflix and other professionals.

Jason Osborne and Precious Mahaga, who were jointly announced as one of the 10 UK filmmakers last year to receive £40,000, made Love Languages.

The film tells the story of Black British men at an Afro-Caribbean barbershop who share their personal experiences of love, loss and masculinity – and has been longlisted for best British short film by Bafta.

The other documentaries made – which explore drag communities, Nigerian party culture and beekeeping – have seen more than 40 festival screenings including the Iris Prize, London Short Film Festival and Aesthetica.

Kate Townsend, VP documentary features, said: “The filmmakers we collaborated with inspired and surprised us, and we’re so pleased with how they made the most of this opportunity.

“The resulting films were varied in subject matter and style and provided a brilliant response to the brief.

“This year we’re looking to go one step further, on the theme of Connection and we encourage filmmakers to interrogate this and come forward with their unique take and vision, whatever that looks like.”

Townsend will judge applicants alongside others from the film industry including director Orlando Von Einsiedel, whose film Virunga won an Oscar, and director of American Murder: The Family Next Door, Jenny Popplewell.

The documentary, which must be between eight to 12 minutes, will be shared on Netflix’s social media channels.

Entries are open from January 16 until February 16.

The final documentaries will be launched in early 2024. 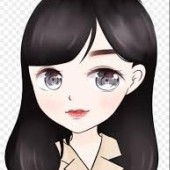