The venue for Martine Rose’s first-ever non-hometown show was one of finest Pitti and Florence could offer, which was only a fitting reception for one of London’s finest designers. We were downtown, a few blocks up from the Ponte Vecchio, seated in eccentric fashion beneath the 16th-century loggia in Piazza del Mercato Nuovo.

By day this vaulted structure is typically thronged with stalls selling passable leather goods and dubious sweatshirts, most definitely not Made in Italy, to an abundant footfall of dawdling tourists. This evening it was transformed into a luridly shag-piled, mirror-ceilinged discotheque inhabited by a fast-walking clientele of dressed characters. Some of these seemed distinctly of London, others more discernibly Italianate, and yet more were drawn from a fantasy-fueled fusion minestrone of the two.

In a preview meeting Rose said that after Pitti had invited her to join its pantheon of guest designers this season: “My first question to myself was ‘how can I do what I do in London and transport it into Florence?’ And what I wanted to do instinctively was to really respond to the culture and the history of Italy.”

Rose, though, is very specific in her cultural proclivities. In London we regularly go back to the late ’80s and ’90s as she conjures a rogue’s gallery of types cast creatively through a prism of dance music—mostly hardcore and jungle—and terrace-referencing laddishness touched by attitude, rebellion, and a soupçon of knowing sleaze. Here she said she was extending that prism to Italo Disco (house-prefiguring Italian New Wave) and calcio storico fiorentino (a football-prefiguring Middle Ages contact sport) in order to expand her frame of reference.

Once we got to the market things got a little frenetic. That eccentric seating—an unlovable love-seat arrangement for many—and a hither-thither choreography meant that those fast-walking models carefully streetcast from across Florence (including local calcio storico players), Milan, and London delivered less than two seconds per-look of meaningful eye-time.

This was a production stumble not one of design, but it was a shame not to be able fully to appreciate the latest update of Rose’s Nike collab, or the many half-skirted tailored jackets and bumster pants, waistlines spilt over with satin shirting, that were exclusively party at the back. What you could glean on the spot, plus appreciate online later, was that this was vintage Rose with a subtly fresh flavor. Fringed tracksuits and tailoring were an interesting mosey westwards. The signature chisel shoe-shapes were as evocative of the Sky magazine years as ever. Silhouettes were manipulated via stiffened knits and swollen-shouldered, waist-nipped outerwear. Worn genres were clashed within looks, creating a highly-designed apparent chaos that emphasized the powerfully distinct features of the curated cast of characters chosen to wear them. The music segued from Italo-house to London’s hardcore.

The happy fact is that Rose’s work translated finely to Florence, just as we have already seen it influentially expressed as part of a larger luxury chorus of fashion design, just not under her name, in Paris. Afterwards Rose was mobbed just alongside the Fontana del Porcellino. This fountain is graced with an ancient-ish bronze wild boar who legend holds is the transfigured victim of a girlfriend who couldn’t keep a secret. Apparently, touching its snout brings you luck. Had Rose heard the story? “Absolutely! And I’ve been rubbing its nose for days!” No luck needed: Rose makes her own. 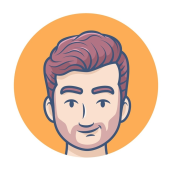 Anti Groupies performed at the Whisky a Go-Go on January 13, 2023