India set an “incredibly important precedent” by banning TikTok two and a half years ago, FCC Commissioner said, as he projected a similar fate for the Chinese giant Bytedance app in the U.S.

Brendan Carr, Commissioner of the FCC, warned that TikTok “operates as a sophisticated surveillance tool,” and told the Indian daily Economic Times that banning the social app is a “natural next step in our efforts to secure communication network.”

The senior Republican on the Federal Communications Commission said he is worried that China could use sensitive and non-public data gleaned from TikTok to “blackmail, espionage, foreign influence campaigns and surveillance.”

“We need to follow India’s lead more broadly to weed out other nefarious apps as well,” he said.

Carr’s remarks further illustrates a growing push among U.S. states and lawmakers that are increasingly growing cautious of TikTok, which has amassed over 100 million users in the nation.

India has banned hundreds of apps, including TikTok, PUBG Mobile, Battlegrounds Mobile India and UC Browser, with affiliation to China in the past two years amid skirmishes at the border of the two neighboring nations.

New Delhi said it had banned the apps because they posed threats to the “national security and defence of India, which ultimately impinges upon the sovereignty and integrity of India.”

TikTok had over 200 million monthly active users in India and counted the South Asian nation as its largest international market by users prior to the ban.

“India’s strong leadership has been informative and helpful as we have debated banning TikTok in the US,” Carr told the Indian paper (paywalled). “For those who argue that there is no way to ban an app, India is an example of a country that has done it and done it successfully.”

The U.S. House banned TikTok on all House-managed devices last week, citing a “high risk due to a number of security issues.” The move followed nearly two dozen states at least partially blocking the app from state-managed devices over concern that China could use it to track Americans and censor content.

“If you look at the history of TikTok’s malign data flows and its misleading representations, I don’t see a path forward for anything other than a blanket ban working,” he told the newspaper. 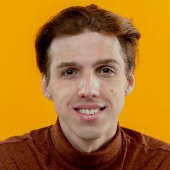 An EV-plosion awaits in 2023, and it’ll be packed with tech