Samsung is set to reveal the Galaxy S23, Galaxy S23+, and Galaxy S23 Ultra next month. The biggest and the most expensive of these, the Galaxy S23 Ultra, will allegedly rock the 200 MP ISOCELL HP2 camera sensor. Following countless rumors, the company has officially announced the sensor and, at least on paper, the HP2 looks quite capable.

From official images featuring design and launch colors to camera details, Samsung’s upcoming Galaxy S23 devices have leaked extensively over the past months. Samsung has now announced the 200 MP ISOCELL HP2 camera sensor that is rumored to power the Galaxy S23 Ultra.

According to the company’s press release, the ISOCELL HP2 is a 1/1.3-inch sensor with 200 million pixels each of which is 0.6 μm in size. Taken individually, the pixels on the ISOCELL HP2 are tiny, but Samsung is employing a binning technique it calls Tetra2pixel to bin up to 16 neighboring pixels together to produce effectively larger pixels. Samsung explains that different conditions will trigger different pixel-binning behaviors. For instance, in low light, the ISOCELL HP2 can bin up to 16 pixels together to simulate 2.4 μm pixels to produce a 12.5 MP image.

Furthermore, Samsung claims that it has improved auto-focusing in low light conditions even further with the new Super QPD autofocus. All 200 million pixels on the HP2 sensor are used to enhance autofocus. Using all 200 million pixels in groups of four adjoining pixels under a single microlens, the HP2 sensor can detect patterns in both vertical and horizontal directions for quicker night-time focusing.

Samsung has also managed to increase the full-well capacity of the ISOCELL HP2 by over 33% using Dual-Vertical Transfer Gates (D-VTG). Well Capacity is the amount of photoelectrons/charge that a pixel can store. It usually increased with pixel size. The full-well capacity is the charge that it takes for a pixel to reach “saturation” at which point it can’t store anymore. Near saturation, a pixel’s ability to store and transfer the charge efficiently deteriorates, resulting in image quality degradation owing to artefacts such as bloom, overexposure, etc.

Samsung claims that by increasing the full-well capacity, the resulting image has better color reproduction and decreased overexposure in scenes with plenty of light. This should, in theory, boost image quality to quite an extent on the Galaxy S23 Ultra if the sensor makes an appearance in the device.

Finally, the ISOCELL HP2 also has improved HDR capabilities per Samsung’s press release. The sensor uses Dual Slope Gain (DSG) allowing the pixels to record data both dark and bright data points in 50 MP mode. Another HDR-enhancing feature termed “Smart-ISO Pro” allows the HP2 to simultaneously capture images with both a low and a high ISO setting. A high ISO setting allows the camera sensor to capture more light but it can introduce additional noise in the image and negatively impact color reproduction. A low ISO, on the other hand, helps in better color reproduction and curbing oversaturation/overexposure.

By combining the benefits of both ISO levels, Smart-ISO Pro intends to produce richly detailed HDR images with low noise and enhanced colors.

Put simply, the ISOCELL HP2 appears to have the potential to make the Galaxy S23 Ultra the best camera smartphone on the market. All we have to do now is wait and see if Samsung’s claims about HP2’s abilities materialize in a convincing manner. 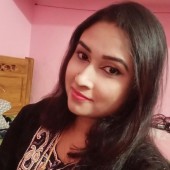 What’s in store for cybersecurity in 2023