Huawei is slated to have done something more original with the rear camera design of its allegedly upcoming P60 smartphone series. Now, the devices might also come with at least one 50MP rear camera apiece, which may also represent an upgrade over their P50 predecessors that involves newer Sony sensors.

Huawei is thought to have undergone a renaissance in P-series design for its current flagships’ successors. The potentially resulting rear panel hump may still be corner-mounted, yet, as Lukalio Luka muses in posting the latest renders based on these rumors, seem to have been designed to recall an actual camera in the arrangement of its 3 lenses and flash.

Now, the tipster Digital Chat Station claims to have some initial insight on the sensors behind this new module. This potential updated, also to be found on Weibo, points to sensors from both the IMX7 and IMX8 Sony series.

That may imply a combination of more established smartphone cameras such as the 766 and newer options such as the 800 or even 890, possibly in the same 60-series unit.

Digital Chat Station also vaguely hints that the largest circular lens in the alleged new P60 hump is the main shooter, which could be joined by a zoom lens judging by the smaller square cut-out next to it.

Meanwhile, the alleged tertiary camera could do anything at this point in the ‘new Huawei smartphone’ leak process from wide-angle to monochrome photography.

Nevertheless, the P60 series lacks concrete internal specs or anything like a launch date at this stage. 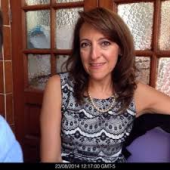 This sexual wellness brand is doubling (actually, tripling) down on CTV