Get our The Life Cinematic email for free

The husband of cinematographer Halyna Hutchins has welcomed the involuntary manslaughter charges being brought against Alec Baldwin and called it “a comfort to the family.”

New Mexico authorities have announced that Mr Baldwin and other members of the crew of the western movie Rust will be prosecuted over Hutchins’s death on the set in October 2021.

“We want to thank the Santa Fe Sheriff and the District Attorney for concluding their thorough investigation and determining that charges for involuntary manslaughter are warranted for the killing of Halyna Hutchins with conscious disregard for human life,” Hutchins’s family said through lawyer Brian Panish.

The statement added: “Our independent investigation also supports charges are warranted. It is a comfort to the family that, in New Mexico, no one is above the law. We support the charges, will fully cooperate with this prosecution, and fervently hope the justice system works to protect the public and hold accountable those who break the law.”

Hutchins, 42, was shot by Mr Baldwin, who was starring in and producing the movie, during a rehearsal inside a church on the set on 21 October 2021.

The movie’s director, Joel Souza, was also hit and wounded by a live bullet fired from the supposedly “cold” weapon but survived.

Mr Baldwin has repeatedly denied pulling the gun’s trigger, despite an FBI report stating that the weapon could not be fired without someone doing so.

Hannah Gutierrez-Reed, the movie’s armourer, is expected to be charged with two counts of involuntary manslaughter over the shooting.

The film’s assistant director, Dave Halls, has already signed a plea agreement for the charge of negligent use of a deadly weapon.

The district attorney says that the charges will be formally filed before the end of January and the charges against Mr Baldwin carry up to a maximum 18-month prison sentence.

In a statement, Ms Carmack-Altwies said: “After a thorough review of the evidence and the laws of the state of New Mexico, I have determined that there is sufficient evidence to file criminal charges against Alec Baldwin and other members of the ‘Rust’ film crew. On my watch, no one is above the law, and everyone deserves justice.” 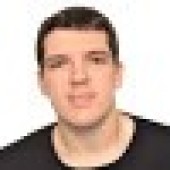