Christmas 2022: The best movies coming to streaming from Top Gun: Maverick to The Batman Christmas will come early for movie fans in 2022 as some of the biggest and most exciting films of the year will be available to stream ahead of 25 December, and beyond.

All the big streaming platforms — Netflix, Prime Video, Disney+, Paramount+, and NOW — have lined up some incredible titles for people to enjoy at home throughout the festive period.

Read more: Everything new on Disney+ in December

So as the nights draw in and the festive treats get rolled out, these are the big new movies we’ll all be streaming at home over Christmas.

Robert Pattinson’s take on the Dark Knight was an instant hit with fans when it hit cinemas in March, and now you’ll be able to revisit Gotham at home on NOW with a Sky Cinema Membership.

Your Christmas Or Mine – Prime Video

Watch a trailer for Your Christmas Or Mine

Emma Corrin and Jack O’Connell star in the new Netflix adaptation of the racy novel which was a hit with critics at London Film Festival earlier this year.

Liam Gallagher returned to Knebworth House this summer, 26 years after making history with Oasis, and the triumphant gig was all captured on camera for this new concert movie which arrives on Paramount+ just weeks after its cinema debut.

Read more: Everything new on Netflix in December

Will Smith stars in Antoine Fuqua’s powerful depiction of slavery in the Confederate South in the 1860s and is based on the true story of an enslaved person, who escaped a Louisiana plantation and fled to the north, to join the Union army.

This is Christmas – Sky

Adam sees the same people in his train carriage everyday but never speaks to any of them. Tired of the anonymity of London, he invites all of them to a Christmas party which forces them all to re-evaluate their lives. Starring Alfred Enoch and Kaya Scodelario.

For the first time ever this Christmas, audiences will be able to celebrate the holiday season in true festive style with a sparkling full length version of The Muppet Christmas Carol with the film’s famous long lost song ‘When Love is Gone’ also included.

Starring Sandra Bullock, Channing Tatum and Daniel Radcliffe (plus a superb Brad Pitt cameo), this throwback action comedy was a solid hit earlier in 2022, and now arrives on Paramount’s own streaming service (which is also included in Sky Cinema). It’s perfect festive fare providing fun for all the family.

Gal Gadot returns as DC’s first lady Diana Prince in this sequel which reunites her with Chris Pine’s Steve Trevor in the 1980s. The technicolour adventure pits Wonder Woman against Kristen Wiig’s Cheetah and Pedro Pascal’s Maxwell Lord, and reveals more about Diana’s past through a series of stunning flashbacks.

Read more: Everything new on Prime Video in December

Animation based on Terry Pratchett novelabout a talking cat and his rat friends who con towns into paying them to solve their rat problems.

Bardo, False Chronicle of a Handful of Truths – Netflix

Oscar darling Alejandro G. Iñárritu (The Revenant, Birdman) returns with a semi-autobiographical tale about a Mexican filmmaker who returns to his native country, unaware that this simple trip will push him to an existential limit. The film has been re-edited since its muted festival debut earlier in the year, and the director plans to keep working on it until it’s released to get ‘the best film while I can’ adding: “You never finish a film. The deadlines just ask you to deliver it.”

In this live-action, animation hybrid movie a chaotic battle ensues between Jerry Mouse, who has taken refuge in the Royal Gate Hotel, and Tom Cat, who is hired to drive him away before the day of a big wedding arrives. Chloe Grace Moretz heads up the human cast.

The Banshees of Inisherin – Disney+

Martin McDonagh, the Oscar-winning director of Three Billboards Outside of Ebbing, Missouri, reunites with his In Bruges stars Colin Farrell and Brendan Gleeson for this jet black Irish comedy which explores the lives of the lonely inhabitants of a remote island in the 1920s. It’s one of the best films of 2022, and it’s hitting Disney+ just in time for Christmas.

Following its record-breaking box office run, Tom Cruise’s billion dollar blockbuster finally arrives on streaming via Paramount+. The long-awaited sequel to the 1980s hit proved to be one of the best movies of the year, and is guaranteed to take your breath away all over again at home

Daniel Craig returns as Benoit Blanc for a whole new mystery which plays out on the private Greek island of a tech billionaire, played by Edward Norton. Rian Johnson has assembled another all-star cast — Kate Hudson, Leslie Odom Jr, Kathryn Hahn, Dave Bautista etc — for another crowd-pleasing, mind-bending whodunnit that will entertain all the family.

Fresh from its brief cinema run, Disney Animation’s sci-fi adventure Strange World will hit Disney+ just in time for Christmas. It introduces a legendary family of explorers, the Clades, as they attempt to navigate an uncharted, treacherous land alongside a motley crew that includes a mischievous blob called Splat; Legend, the family dog; and a slew of ravenous creatures. Jake Gyllenhaal stars.

It wouldn’t be Christmas without a trip to Hogwarts, so it’s great timing for the third Fantastic Beasts film to land on NOW on Christmas Day. The big Sky Cinema Christmas day movie sees Jude Law’s Dumbledore taking centre stage in the Harry Potter spin-off as his personal war with Mads Mikkelsen’s Grindelwald steps up a notch.

In the new action comedy from DreamWorks Animation, based on the New York Times best-selling book series, a criminal crew of animal outlaws are about to attempt their most challenging con yet—becoming model citizens. Just what you need to keep the kids happy on Boxing day.

Melvin, a British author living in America, returns home to London for the holidays to introduce his American fiancé to his eccentric British-Caribbean family. Their relationship is put to the test, as she discovers the world Melvin left behind revolves around his ex-girlfriend who is now an international pop star.

At once hilarious and horrifying, lyrical and absurd, ordinary and apocalyptic, Noah Baumbach’s adaptation of Dom DeLillo’s White Noise dramatises a contemporary American family’s attempts to deal with the mundane conflicts of everyday life while grappling with the universal mysteries of love, death, and the possibility of happiness in an uncertain world.

The beloved Crawleys and their intrepid staff prepare for the most important moment of their lives. A royal visit from the king and queen of England soon unleashes scandal, romance and intrigue — leaving the future of Downton hanging in the balance.

Watch a trailer for White Noise 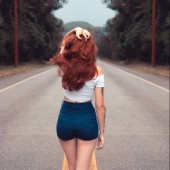 Sharing Netflix passwords may be illegal, the Government says Jenny Agutter: I said yes to Captain America to beat up Robert Redford on screen