China’s total population shrank in 2022 for the first time since 1961, according to the head of the country’s National Bureau of Statistics, Kang Yi.

The announcement was made during a press conference (see the video in Chinese below) given today, Tuesday, January 17.

The figures – including the population of 31 provinces, autonomous regions and municipalities on the Chinese mainland, and excluding the populations of the Hong Kong Special Administrative Region, the Macao Special Administrative Region, Taiwan and foreign nationals residing in China – show that there were 9.56 million births and 10.41 million deaths in 2022. This represents a decrease in the total population by 0.6% or 850,000 people. 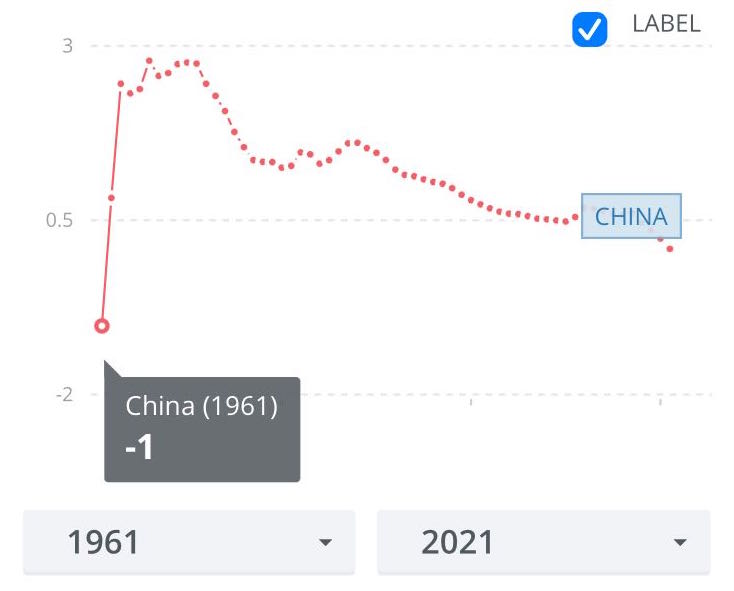 A decline of 0.1% in 1961 was the last time on record that China’s annual population decreased. Image via World Bank

Commenting on factors behind the drop in population, Kang said that China’s decreasing birth rate was the main factor, reports SINA News. He stated that willingness to have children had declined among the general population, and that many couples now choose to delay marriage and childbirth until later in life, compared with previous generations.

Moreover, Kang cited a decrease in the number of women of childbearing age. The latest figures show that men outnumber women by around 32.37 million.

China’s declining birth rate has long been on analysts’ radars. Some forecasts estimate that the country’s birthrate per thousand could be as low as 9.1 by 2050, as seen in the graph below. 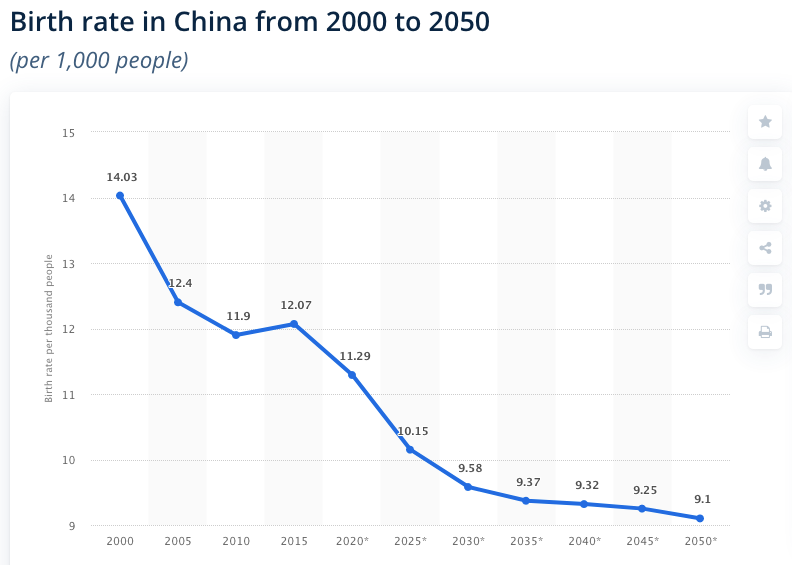 In recent years, China has taken measures to encourage couples to have more children. In 2015, the infamous ‘1-child’ policy was scrapped, while in 2021, it was announced that couples would be allowed to have as many as three children.

Other policies have sought to reduce the financial burden of having kids. The ‘Duel Alleviation’ policy introduced in 2021 effectively banned out-of-school-hours tutoring of core subjects for primary and middle school students – something on which many parents would spend anywhere between RMB120,000-RMB300,000 per year, according to South China Morning Post.

China remains the world’s most populated country with a total population of 1.41175 billion people. However, some estimates predict that based on current trends, that number could fall below 1 billion by the year 2100. 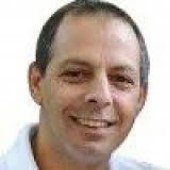 TikTok Is Saying That Everyone In The World Is Either A Frog Or a Rat, So Let’s Test That Theory On Some Famous People