Ant-Man and The Wasp: Quantumania: Cast, plot and release date of Ant-Man 3

The Marvel Cinematic Universe is expanding more than ever before, as Ant-Man and The Wasp heads into the Quantum Realm for its latest instalment.

Paul Rudd is back in business as Scott Lang/Ant-Man, and Evangeline Lilly as his superhero partner The Wasp as they find themselves in over their heads more than ever before.

But what exactly is coming to our screens, and how does it tie-in to the bigger MCU?

Here’s everything you need to know as Marvel’s Cinematic Universe expands.

Ant-Man And The Wasp: Quantumania will be released in the UK on 17 February, 2023. It’s directed by Peyton Reed, the filmmaker behind the first two Ant-Man movies.

It’s also been confirmed the runtime will be a staggering 125 minutes in length (just over two hours), making it the longest Ant-Man movie yet.

Read more: Why has Phase 4 of the MCU been so divisive?

So get the popcorn in and prepare yourself for a dedicated afternoon.

Who is starring in Ant-Man and The Wasp: Quantumania?

Naturally, Ant Man and The Wasp: Quantumania wouldn’t work without its leading stars – so Paul Rudd will be back as Scott Lang/Ant-Man, and Evangeline Lilly as Hope Van Dyne/The Wasp.

They won’t be travelling through the Quantum Realm alone though, with Michael Douglas back as Hank Pym and Michelle Pfeiffer returning as Janet Van Dyne.

The Society star Kathryn Newton will also be joining the cast as Scott’s now adult daughter, Cassie Lang. The character was previously portrayed by Abby Ryder Forston in 2015’s Ant-Man, and Emma Fuhrmann in 2019′ Avengers: Endgame.

Read more: The biggest talking points from the Loki finale

Jonathan Majors is one of the most exciting additions to the cast, making his first movie appearance as Kang The Conqueror. He previously appeared in the small screen Loki under the name of He Who Remains.

Randall Park will be back as the FBI agent with ties to the wider MCU – having previously appeared in the second instalment of the Ant-Man franchise, Ant-Man And The Wasp, as well as Disney+ series, WandaVision.

As revealed in the new trailer, Corey Stoll returns to the Ant-Man series in Quantumania too. Having previously played Darren Cross — aka Yellowjacket — he’s now taking on the role of classic Marvel villain MODOK.

Other cast is being held close to the chest, with The Good Place’s William Jackson Harper as a character named Quaz, and Bill Murray as Kryler.

What is Ant-Man And The Wasp: Quantumania’s plot?

The official synopsis for Ant-Man and The Wasp: Quantumania has been confirmed as the official start of phase five of the MCU.

In the film, Scott Lang (Rudd) and Hope Van Dyne (Lilly), will be heading off to explore the Quantum Realm, “interacting with strange new creatures and embarking on an adventure that will push them beyond the limits of what they thought was possible.”

Read more: What is the multiverse?

Among this will be the MCU’s first interaction with Kang The Conqueror (Jonathan Majors), who will have major repercussions of the Marvel world at large in the upcoming films and series, not least of which is a showdown with the Avengers in 2025’s Avengers: The Kang Dynasty.

Apart from that, in classic Marvel style, little more is known about what to expect, but you can imagine there’ll be some shocks in store, and almost certainly ties to shows and films within the universe.

Ant-Man and the Wasp: Quantumania is in cinemas and IMAX from 17 February, 2023.

Watch a ‘special look’ below. 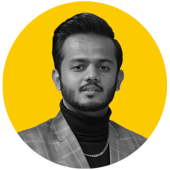